I’ve heard the words before. “One of the kids collapsed after their injection.” I hoped for the best but prepared for the worst. I dropped everything in my hands and trailed behind Twalib as he sprinted to the room next door. There we found one of our RHD kids on the bed, unresponsive. I ran towards the kit that we had prepared last year after a similar event. Rose began pushing drugs, adrenaline, atropine-anything to get his heart to start again. Twalib began oxygen as I started chest compressions, thankful for my CPR certification. That may however, have been the only thing I was grateful for that day. At 12:30pm, 25 minutes after initiating CPR, Robin was pronounced dead.

I looked around the room at Jenipher, Rose, Twalib and Alyssa, the people I am lucky to call my family in Uganda, and couldn’t help but feel a wave of emotion at the pure look of defeat and exhaustion as everyone sat on the floor, dripping in sweat. Why was this happening again? No one did anything wrong. He received the same treatment that he had been receiving for the last 8 months. To make matter worse, Robin had traveled to the clinic by himself that day and none of the 3 phone numbers we had for him were going through. Thus we began the 3-hour search to locate his family in a village over an hour away from Gulu. We can hypothesize all we want about the cause of death but we will never be 100% certain about what happened, which makes everything worse. What I do know is that the amazing care that Twalib and our nurses gave him for the 8 months he was with us allowed him to live a stable and comfortable life for the remaining months of his devastatingly short 16 years of life.

At 6pm, his entire family showed up to clinic to retrieve his body and take him to the village for a proper burial. There is no way to describe the scene of a mother collapsing on the ground as she hears about the death of her child, although I’m sure those of you that work in the medical field have experienced this too many times yourselves. While I sit here and hope that I never have to go through that again, as I continue to pursue a (momentarily delayed) career in the medical field, I realize that this may be inevitable. Something about RHD being a preventable disease though continues to make this sting more. While a little broken, our team will continue the fight against RHD, remembering Robin, Jennifer, Regan and all of the other children who have lost their lives to this cruel disease, in the hopes that we can prevent this outcome for another child.

I have been meaning to write about the wildly productive trip that I had with Craig as we visited the ITW sites, screened 10’s of kids in Gulu for congenital heart defects and RHD, and officially launched the training phase of the Lira project but Robin was the only thing that I kept coming back to as I searched for what I wanted to say. Pictures will have to do. 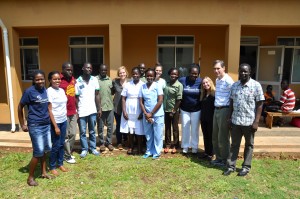 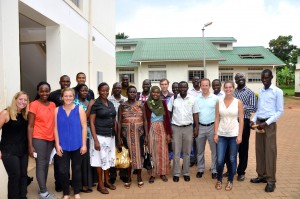 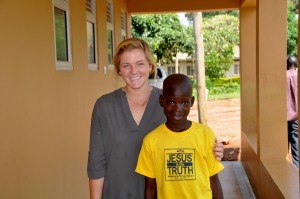 Always a good day when Opio comes to visit

Chris, Ben, Alyssa and I on Lake Mburo!

Over the last week, we have been continuing the follow up process for all of the children with RHD that are in care at the clinic as most of them are due for follow up. In addition, last weekend we held support group #7, which was my last group before heading home. I could continue the “gloomy theme” of this blog post by saying that it was sad to attend my last support group (for now) but to be honest it was so much fun that there was no time for that! In the spirit of the Olympics we held an Olympic themed support group and it was by far my favorite one to date. We split the kids into 4 teams and had them compete in a series of events including a water balloon toss, handball and RHD trivia. If you want to see pure happiness just give a child a water balloon and tell them they get to throw it at their friend-I promise your instructions will be received with the biggest ear to ear smile. At the end of the “games” each child received a homemade Olympic medal- I promise it was just coincidence that team USA walked home with the gold while team Uganda came in 4th….Very excited to see what Alyssa will do with the group over the next year and can’t wait to be able to attend a group in the future! 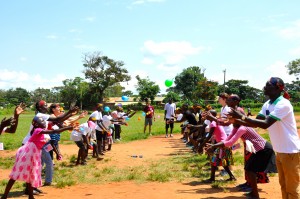 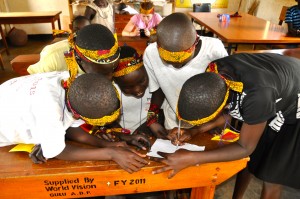 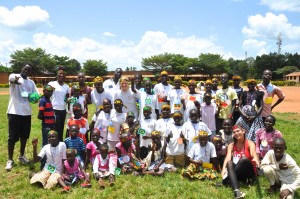 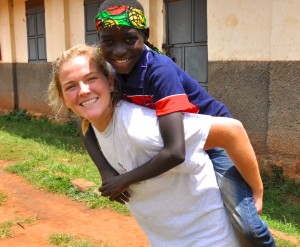 Fingers crossed that next time I see this one he’ll have a brand new Mitral Valve.

I simply can’t wrap my head around the fact that I will be leaving Uganda in 2 weeks and to be honest it probably won’t hit me until I get back. Until then I will continue to enjoy the crazy ups and downs that encompass this experience and cherish my last days here. See you soon, America.