I think everything is finally settling down after the elections and I must say, witnessing them firsthand was eye-opening to say the least. If I had to describe what I’ve witnessed over the last few days I think the only word that truly fits is sad. While I certainly do not know everything there is to know about Ugandan politics, what I do know is that their government, which they claim is a democracy, is anything but that. In short, the current President (Museveni) who has been in power for 30 years was running for his 5th term, after casually changing the previous “3-term limit” law. His main competitor was Kizza Besiyge, who was running against Museveni for the 4th time. Besiyge was clearly the favorite amongst the Ugandan people. To put it in perspective, I’ve asked 40 Ugandans from all over the country who they voted for and every single person but ONE said Besiyge. (Side-note: I knew all of these people prior to elections. I wasn’t just polling random strangers). On election day I watched as voting materials arrived at polling stations up to 6 hours late or not at all. Oh and by the way, their “voting stations” look like a glorified middle school student council election. Each “station” consisted of an area taped off with what appeared to be streamers and each person voted on a piece of paper and placed it in a plastic bin which was completely tamper proof with a few pieces of duck tape….I watched as multiple bins were found with pre-ticked ballots for Museveni, votes from certain areas outnumbered the number of registered voters, and boxes of votes from areas heavily favoring Besiyge “disappeared”. To make matters worse, Museveni shut down all forms of social media to keep people from saying “dishonest” things about him, including “Mobile Money” which is vital to many business operations in Uganda. The cherry on top to all of this is that throughout the process he had Besiyge arrested 4 times. Up until the “final announcement” Besiyge had been leading in almost every single district but Museveni’s home district. When it was announced that Museveni had won with over 60% I watched as people stared in disbelief. The unfortunate side to this is that most people have accepted the fact that there is no way to have a free and fair election here. They know that if they protest, they will be killed. They have given up completely responding with “maybe in 5 years we’ll have better luck”. To add to the corruption I’ve witnessed over the past few days, Besiyge is still in custody, where he will “coincidentally” remain until after the 10-day period granted to candidates to appeal the elections has passed. I know I’m not Ugandan and this isn’t my country, however it is disheartening to witness people who have become my family so frustrated over an election where they were supposed to be given a voice and they weren’t.

On Monday I worked with the nurses in the morning and then headed home to get everything ready for my trip with Paul. On Monday night my entire Gulu family surprised me with a dinner party to celebrate my 24th birthday. I could not be more thankful for the friends that I have made here and for how special each and every one of them made me feel. We had a Mexican feast complete with margaritas, played games and just enjoyed each other’s company. My 2nd African birthday was definitely one to remember! Bring on 24! 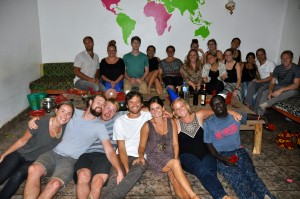 I love you people 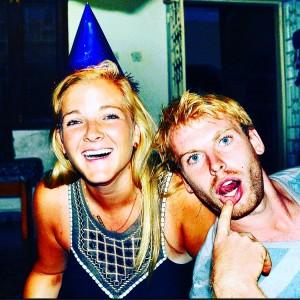 What birthday is complete without a party hat and people who make you laugh?

Yesterday morning I headed down to the ITW office in Kampala. I will be visiting the ITW pregnancy project sites with Dr. Okello this week before Paul’s arrival on Friday night. I can’t wait to have him here and I am so ready for him to see what my life has been like for the last year. See you soon Paul!